The End of Reading? 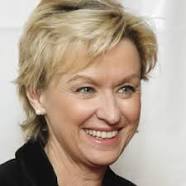 Letter writing has definitely gone bye-bye in favor of 140-character Tweets, misspelled and garbled emails and text messages, and shout outs in all their various forms, but now a noted editor and journalist has driven the last nail in literacy’s coffin by declaring the end of reading.

Tina Brown (pictured),  recently departed from both Newsweek and The Daily Beast, has come out against the printed word by observing that we’re “going back to oral culture where the written word will be less relevant.”

Blame it on the digital revolution, of course. And personally, Ms. Brown doesn’t even read magazines anymore.

“The habit has gone,” the one time editor of Vanity Fair, The New Yorker, Talk and Newsweek told reporters in Goa, where she was speaking at the THiNK festival. “I think you can have more satisfaction from live conversations.”

Ms. Brown, coincidentally, is leaving print publishing for a new career in live conferencing, so she’ll no doubt be involved in lots of oral conversations here on out.

Meanwhile, I’ll keep writing. No one wants to listen to me blab anyway. Unfortunately, they probably don’t want to read my writing either, but one must always have hope in life.