For What It’s Worth, Here’s How to Twerk

I heard that twerk had been added to the Oxford Dictionary Online and soon found Kornheiser and Wilbon joking about “twerking,” so I figured it was worth 20 seconds of research.

Turns out that it’s a dance, maybe or maybe not associated with Miley Cyrus (who she?). Said dictionary says to twerk  is “to dance to popular music in a sexually provocative manner involving thrusting hip movements and a low, squatting stance.” 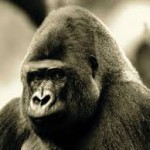 Doesn’t matter, really, but I’m back and now on a hosting service that seems to really rock, or whatever colloquialism applies these days.

Meanwhile, I just read an interesting piece about the slang transmogrification of the grammar slash mark, or /, which is now spelled out and used in different ways from its graphical predecessor.

Read “Slash: Not a Punctuation Mark Anymore” by Ann Curzan for further details. ♦

The Difference Between ‘Ambience’ and ‘Ambiance’

I was writing a post for my food blog on a restaurant in Culver City, Calif., when I noticed the editing tool underlining ambience with a squiggly red line, so I thought that maybe I was spelling it wrong.

Concerned, I did some research, and it turns out that the word can be spelled with either the e or the a after the i. With the a, the word is in its French form (meaning it should properly be italicized if used in that spelling), and with the e, the word is Anglicized.

Either way, ambience (or ambiance) refers to the atmosphere or mood in a certain environment.

The Kraft Foods Inc. Board of Directors will vote tomorrow on whether to adopt the name Mondelez for a new business unit even after controversy and comedy erupted over the word, which sounds like the slang expression for oral sex in Russian.

Jokes about the name have flooded the media, both online and print.

Michael Mitchell, a Kraft spokesman, however, points out that "the name has to be mispronounced to get that unfortunate meaning."

The biggest gaffe in words to date was probably Chevrolet's introduction of the Nova automobile in Latin America. In Spanish, nova means "doesn't go."

Should Highly Regarded Be Hyphenated?

Someone did a search with the query, "Should highly regarded be hyphenated?" The answer is no, and here's why:

When an adjective is modified by an adverb, as "regarded" is by "highly," you never hyphenate. With compound adjectives, however, you do hyphenate. An example would be "inner-motivated," as in, "She was an inner-motivated artist."

(In contrast, "highly motivated artist" would not be hyphenated because it's not a combination of two adjectives but of an adjective and adverb.)

I put together my first cyber-presence back in 1993 in the days before Marc Andreessen had developed the graphical user interface for transmissions on the Internet.

As I, a newspaper journalist, then grew up with emerging cyber alternatives to print, I was taught that World Wide Web (the "www" in so many URLs) and Internet were proper nouns that needed capitalization and the respect that — ahem — comes with being proper nouns. Thus one would build a Web site, retaining the capitalization of Web out of all due respect.

Also, one would send an e-mail, the accepted contraction for electronic mail, replete with the separating/connecting hyphen.

Now, the Associated Press and its 2012 Stylebook have turned tradition on its ear and scuttled the respect historically due all things Web.

The Associated Press Stylebook now endorses website as the proper form for Web site. And it spells email without the hyphen!

Now, the AP manual has its roots in the days of hot metal (linotype) when each letter or space cost a penny or so to forge in metal, so the premium was on making everything shorter and more compact (thus abbreviations like sen. for senator, etc.), but to throw out the capital W in Web — sacrilege!

However, I've made my peace with the AP and will now use website, but I will never remove the hyphen from e-mail no matter how much of a pain in the ass it is to have to hit the hyphen button on a QWERTY keyboard!

Or should I write it e-Stubborn out of respect for a dying tradition?

A study released yesterday purports to find importance in the frequency of the he pronoun versus the she pronoun in American English, the obvious implication being the prevalence of male-focused sexism in writing throughout the ages.

According to this study, the ratio of male to female pronouns (he, she plus variations) stood at 3.5:1 in 1950, the larger number representing male usage, of course, which then swelled to 4.5:1 through the mid-1960s, when the sexual revolution set us all free.

The ratio now stands at 2:1 or less (that being the perhaps-outdated 2005 standard).

Now this is all well and good, but I think what it mainly shows is writers' ignorance of the beauty of using the plural form. They contains both he's and she's, and no one can ascertain the ratio — nor would anyone want to do so.

I cast my vote for plural pronouns — and nouns — when writing generically. The ratio, if there is one, will always be 1:1 when using the plural.

Are You Dumber Than a Sixth Grader?

To answer the question posed in my headline, it would take quite a bit of immersion in texting to plunge below sixth-grade standards, er. reality.

And this is no LOL matter.

A Pennsylvania State University study tested students aged 8 to 12 on their grammar and then surveyed them on their texting habits via cell phones and other devices. No surprise here, but grammar skills deteriorated with text usage among those who responded to the survey.

The study was conducted by the Media Effects Research Laboratory at Pennsylvania State University and published in New Media & Society.

"They may use a homophone, such as 'gr8' for great, or an initial, like, 'LOL' for laugh out loud," said Drew Cingel, a former undergraduate student in communications at Penn State and currently a doctoral candidate in media at Northwestern University who was involved in the study.

"An example of an omission that tweens use when texting is spelling the word would, w-u-d."

The use of these shortcuts may hinder a child's ability to switch between techspeak and the normal rules of grammar, Cingel said in a Penn State release.

Now, wud you believe that?

This website uses cookies to improve your experience while you navigate through the website. Out of these cookies, the cookies that are categorized as necessary are stored on your browser as they are essential for the working of basic functionalities of the website. We also use third-party cookies that help us analyze and understand how you use this website. These cookies will be stored in your browser only with your consent. You also have the option to opt-out of these cookies. But opting out of some of these cookies may have an effect on your browsing experience.
Necessary Always Enabled
Necessary cookies are absolutely essential for the website to function properly. This category only includes cookies that ensures basic functionalities and security features of the website. These cookies do not store any personal information.
Non-necessary
Any cookies that may not be particularly necessary for the website to function and is used specifically to collect user personal data via analytics, ads, other embedded contents are termed as non-necessary cookies. It is mandatory to procure user consent prior to running these cookies on your website.
SAVE & ACCEPT