Since When Did ‘Gift’ Become a Verb?

Heard on a food show on radio while the host was discussing wines to buy (basically an advertisement): “,wines to drink, wines to save, wines to gift.”

I’m not even going to look this one up in the dictionary for fear it may be true: Gift was always a noun, signifying something presented to another person or done for another person’s sake free of charge; give was the verb to indicate such an action. Now I hear people using gift as the verb!

I fear that the English gods over at Oxford University may have already bought into this use of gift, and I don’t wanna know.

Ever Heard of a ‘Mitigated Disaster’?

I now nominate “unmitigated disaster” to join the ranks of “awesome” as one of the most overused, misused and meaningless expressions in the English language.

To join countless scores of others through the ages (sick, rad, bitchin’, etc., fill in the blank — I can’t keep up).

I bring this up because, as I was tooling around in my car this morning on the way to work, a sports jock on radio predicted the upcoming Rio de Janeiro Olympics would be an “unmitigated disaster.”

So, let’s mitigate it.

You see what I mean? It’s meaningless verbiage. Makes you sound knowledgeable while masking your meaninglessness, or rather, mindlessness.

Like “awesome.” Does that word really mean anything except, “I can’t think of a sincere thing to say, so here’s the most current cop-out”?

April 23: Shakespeare Day, But What About Cervantes?

The Bard expired 400 years ago today on April 23, 1616, but what about Miguel de Cervantes, the first modern novelist? Spain evidently used a different calendar than England, but factoring in differences in the approaches of the two calendars (Gregorian v. Julian), William Shakespeare and Cervantes could well have died on the same day.

There is even some speculation that Shakespeare adopted at least one character from Cervantes’s novel Don Quixote in a lost co-authored play, “The History of Cardenio.”

Let’s make a movie, “The Secret Rendezvous of Shakespeare and Cervantes,” taking mysterious place during Shakespeare’s lost years of 1585 to 1592.

Has to be better than “Shakespeare in Love.” But so are most cartoons.

PC Death Knell Tolls for ‘Me’ (Usage, That Is)

Ever notice that no one on TV, radio or in public can utter the word me anymore?

The accusative form of the first person singular has been banished from the English language in favor of political correctness.

Me is rough-edged, Trumpian, no doubt a vast right wing conspiracy to boot.

I could wail on and on about how prepositions require the accusative form or remind people that myself is a reflexive pronoun that can be used only to complement either I or me, never by itself.

Wouldn’t matter. I might as well hoist a rifle a la Charleton Heston and proclaim the sanctity of the Second Amendment. I’d be castigated as that great a threat to our country.

As for me, I’ll continue to be un-PC, Trumpian, NRA-ish and part of the vast right wing conspiracy that believes correct English is a beautiful thing and shouldn’t be politicized.

Recent studies, according to a story in today’s Wall Street Journal, reveal that students who take handwritten notes in class comprehend more and retain more than those who take notes on laptops or other devices.

This despite the fact that hand note-takers can, on average, write 22 words a minute, compared to 33 words a minute for lap-takers. Even with more notes, then, those who rely on technology generally fare a bit worse in comprehension and retention of information.

“The very feature that makes laptop note-taking so appealing — the ability to take note more quickly — was what undermined learning,” observed educational psychologist Kenneth Kiewra of the University of Nebraska in Lincoln.

To be honest, though, the laptop note-takers had better install recall when quizzed right after taking their notes, according to a Washington University (St. Louis) study in 2012, but after 24 hours and more, the hand note-takers excelled.

The key seems to be that taking notes by hand also forces the note-taker to think about what he or she is scribbling down. Laptop noting is more like rote work.

At any rate, the article — “The Power of Handwriting” — is well worth a read.

Problem is, though I hyperlinked the article, WSJ often truncates direct links. But here’s a trick: type the title of the article into a Google search and you’ll be granted access to the full article.

(I just checked, and the online WSJ edition uses a different headline, so you’ll need to search for that: “Can Handwriting Make You Smarter.” 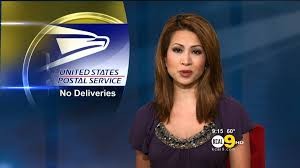 ‘Even If You’re Right, You’re Wrong’

The above sentence was voiced by a female coworker today who was trying to convince a male row-mate how his wife could get mad at him over something that seemed so true and transparent to him.

I immediately chimed in with my agreement, remembering all the times in the past when my wife would get on my case despite my noblest of intentions and wisest of actions, or so I deemed that at the time.

I even ventured a step further and opined, perhaps sexist-ly, that “Men are born wrong.”

Anyway, I just wanted to throw this out there to solicit comments and reactions, and, I guess, to see if anyone really reads this blog.

This website uses cookies to improve your experience while you navigate through the website. Out of these cookies, the cookies that are categorized as necessary are stored on your browser as they are essential for the working of basic functionalities of the website. We also use third-party cookies that help us analyze and understand how you use this website. These cookies will be stored in your browser only with your consent. You also have the option to opt-out of these cookies. But opting out of some of these cookies may have an effect on your browsing experience.
Necessary Always Enabled
Necessary cookies are absolutely essential for the website to function properly. This category only includes cookies that ensures basic functionalities and security features of the website. These cookies do not store any personal information.
Non-necessary
Any cookies that may not be particularly necessary for the website to function and is used specifically to collect user personal data via analytics, ads, other embedded contents are termed as non-necessary cookies. It is mandatory to procure user consent prior to running these cookies on your website.
SAVE & ACCEPT